In 1946, the Slovenian Academy of Sciences and Arts (SASA) decided to estabish the Institute of Physics. In 1952, it was renamed the Jožef Stefan Institute and moved to its present location. The F5 Department was established between 1958 and 1959. To make room for the Department, a former coal storage was emptied and – with the installation of the first spectrometer – transformed into a laboratory.

History is made by people 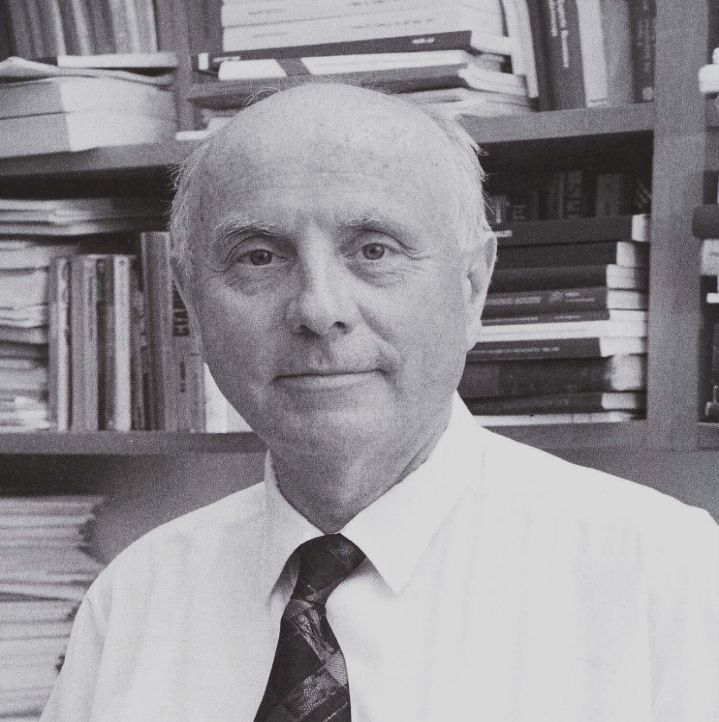 In 1959, Professor Robert Blinc established a Nuclear Magnetic Resonance Laboratory, which later evolved into the Department for Condensed Matter Physics. He was the head of the Department for more than 47 years, until 2006. The Laboratory was founded in the 1960s in extremely difficult financial and spatial circumstances; however, thanks to the extraordinary results, it developed very quickly.

Professor Robert Blinc was born on 31 October, 1933, in Ljubljana and passed away on 26 September, 2011. In 1958, he graduated from the Faculty of Natural Sciences and Technology, Department of Engineering Physics, and obtained a PhD in Physical Sciences from the University of Ljubljana a year later. After finishing his doctorate degree, he acquired further knowledge in the United States, at the Massachusetts Institute of Technology. Upon returning home, he became a research associate at the Jožef Stefan Institute and assistant professor at the Faculty of Natural Sciences and Technology. His scientific path was paved with great success: in 1970, he was elected to the position of full professor of physics at the University of Ljubljana and in 1976, he became full member of the SASA, where he later held the position of the Vice-President. He was also the dean of the Jožef Stefan International Postgraduate School from its establishment in 2004 onwards. Furthermore, he was a visiting professor at numerous international universities, winner of a considerable number of international awards, member of several associations and editorial boards of international science journals. In 1991, Professor Blinc was conferred the Ambassador of Science of the Republic of Slovenia Certificate of Recognition, and in 2000, he was awarded by the Institute for Scientific Information (ISI) as the Slovenian scientist with the highest number of citations in the 25 years of the Institute's existence. In 2001, he and his colleagues received the State Prize for Patents and Inventions of the Republic of Slovenia. He was a member of the Saxonian Academy of Sciences in Leipzig, the Academy of Athens, as well as a member of the Croatian Academy of Sciences and Arts, the Polish Academy of Sciences, a member of the International Academy of Engineering in Moscow and an external corresponding member of the Macedonian Academy of Sciences and Arts. In 2001, he became a member of the Club of Rome and the president of the Slovenian Association for the Club of Rome.

At the core of his initial research was the nature of the hydrogen bond in crystals and its role in phase transitions, during which the properties of matter change. This research led to one of his most significant successes, namely the model of ferroelectricity and the occurrence of a spontaneous electric polarisation in crystals with hydrogen bonds, which is referred to in scientific literature as Blinc-de Gennes model by some authors. In 1969, in an article for the American journal Physical Review Letters, he introduced a method of nuclear magnetic resonance for the study of liquid crystals, which were an exotic matter at that time, yet are technologically indispensable nowadays. This research is known for the Blinc-Pincus mechanism of spin-lattice relaxation of nematic liquid crystals due to the collective fluctuations of nematic order parameters. Together with his colleagues, he became one of the first in the world to introduce the method of NMR for measuring self-diffusion of molecules in a liquid crystal. His pioneer work in the field of incommensurate crystals should also be mentioned. It was exactly these pioneer achievements which changed the entire perception of matter that enabled the Department for Condensed Matter Physics to become a highly innovative part of the Institute, while its applied dimension and the actual application of findings to individual disciplines made it a highly useful part of the then technological economy. Former coworkers of Professor Robert Blinc also emphasize his exceptional personality, which played a very important role in creating a pleasant working atmosphere. He was truly a remarkable person in all respects: an outstanding teacher with photographic memory and an incredible ability of concentration that came in useful during the legendary games of blindfold chess simultaneous exhibitions (he was also the youth chess champion of Yugoslavia in 1952), he had a natural social intelligence and a stunning power of motivation, which was the reason that his coworkers performed their work even better.

Let us conclude with this thought by Professor Aleksander Zidanšek:

“How can it be that some people fail to prosper under the best circumstances, while others manage to build something extraordinary out of impossible? Professor Blinc started building the laboratory at the Institute in modest and difficult circumstances, in the coal storage room known as the F5 Department“cellar”, which soon developed into one of the most respected international centres for condensed matter physics.” (IJS News, 2011, nº157, 18.)