Between 1949 and 1969, the area of research expanded to include the development of measurement methods in the infrared and optical wave fields and the far-infrared and laser spectroscopy. These two methods allow direct observation of the molecular movement in liquids and crystals.

A typical characteristic of condensed matter laboratories in Slovenia as well as abroad is that their research can be almost directly applied to practical purposes.

Between 1949 and 1969, the research group for condensed matter physics had two laboratories: the Electron Microscopy Laboratory and the Magnetic Resonance Laboratory.

The Electron Microscopy Laboratory started operating in 1954 to study polymeric substances. In later years, the researchers focused predominantly on researching materials and phenomena important for nuclear technology. Together with the Department of Ceramics, the group studied microstructure of ceramic nuclear fuels as well as corrosion of reactor graphite and uranium sulphides.

They also studied damage that occurs in crystals when they are bombarded with ions. This research provided an important insight into the early phases of damage formation during irradiation of matter in a reactor.

Figure: Surface of the NaCl crystal after argon-ion bombardment of 4 keV energy.

In addition to the above mentioned research, the group also carried out ad hoc studies for the demands of industrial and other laboratories.

The Magnetic Resonance Laboratory of the Jožef Stefan Institute was one of the oldest in Yugoslavia and was founded before 1969. The Laboratory built its international reputation predominantly with the quality of its scientific work and publications. While first years were dedicated to building the instruments, this did not prevent the group from carrying out research at the same time. The methods of radio-frequency spectroscopy were still being developed at the time and specialised companies producing electronic components for such research did not exist, which meant that the researchers of the F5 Department had to be both designers and builders of instruments. 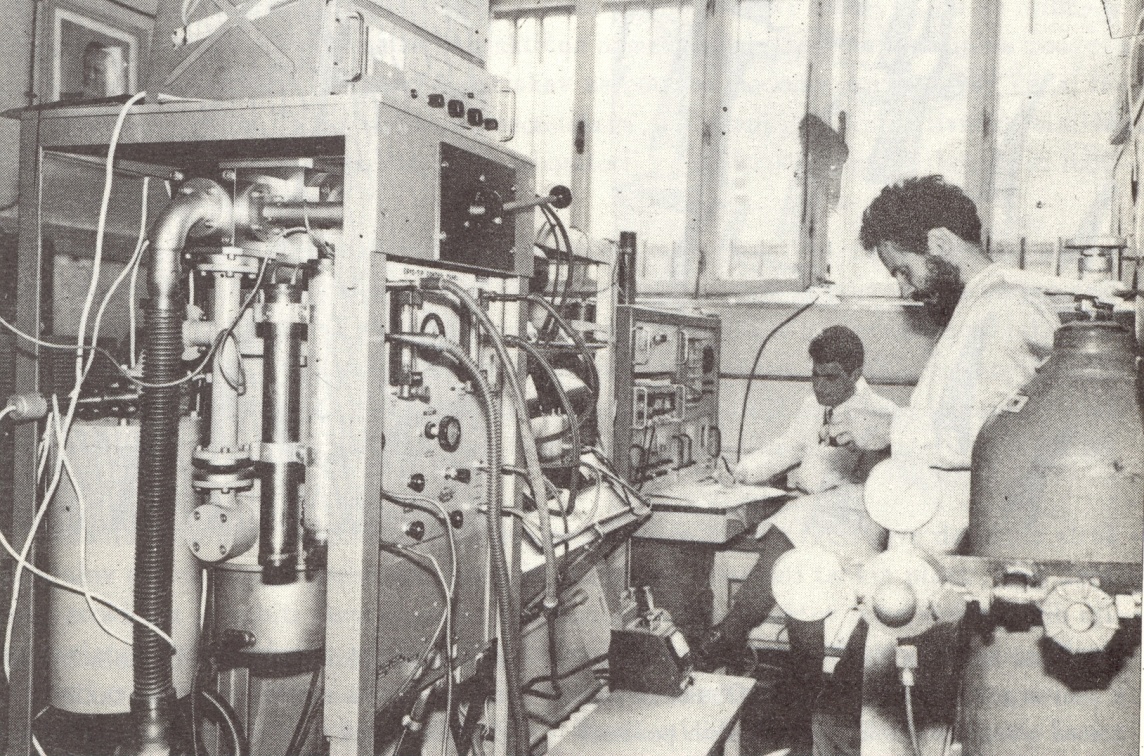 Figure: One of the spectrometers for nuclear magnetic resonance. Miha Mali pictured.

Researchers also studied the atomic structure and dynamics of crystals. Particularly prominent were the contributions to the research of the structure of noble gas compounds.

The research of radiation defects, with particular focus on reactor materials and biologically active substances, was another notable field of study.

In order to carry out its work, the group used different apparatus: 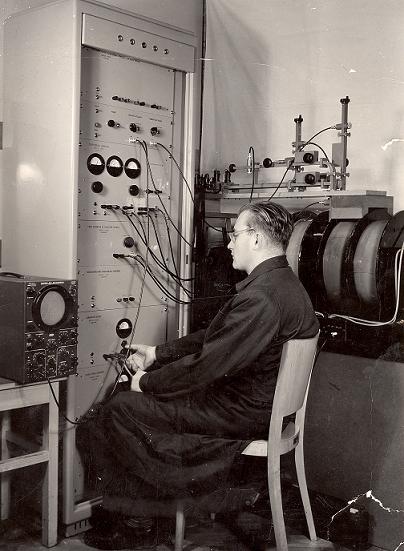 Figure: NMR in the 1950s, operated by Ivan Zupančič, PhD. 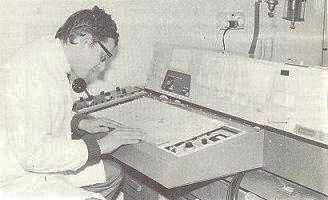 Most of the equipment used in the laboratory was built within the Department. Researchers also constructed a number of devices for external contractors, which were adapted for special methods of measurements.

Among the devices were also proton magnetometers for measurements of weak magnetic fields with a very high accuracy, a differential magnetometer to be used for earthquake prediction in seismology and archeology, and a measuring device for determining the content of oil in vegetable seeds with a non-destructive method which enables the selection and improvement of seeds. They also introduced a new method to control the dielectric properties of ferroelectric ceramics for condensers.